2018 – another packed year, filled with a lot of a hard work, as ever – and a good time to reflect on the many stand-out moments of the last twelve months.

A lot of things will linger in the memory; many of which have happened away from the studio – here are just a few that spring to mind…

As the year was just getting started, Simple Minds were preparing to debut ‘Walk Between Worlds’, the latest album we’d worked on together. Gavin and I were invited for launch night at The Barrowlands in their home city of Glasgow. Everything about the night was special; the album had just charted in the top 5, the band had a new line up, there was great energy and excitement. They went on stage and performed a thrilling show – and the moment that will stay with me is when they performed the song, ‘Barrowlands Stars’. 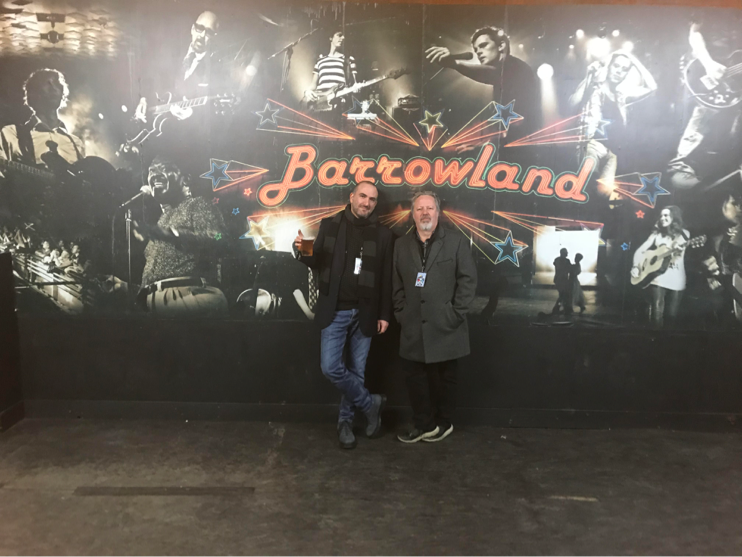 When the song was still at a very early writing stage, I was with Jim when he first sang the words over the music – at that point, I didn’t know the Barrowlands, so Jim told me the story of how it had been the big venue, growing up, the place they’d always longed to play. I loved the song and the whole idea – and totally understood how it was to grow up dreaming of playing those kinds of places – so it was wonderful to launch the album at the very venue – an unforgettable night – for everybody a kind of homecoming. 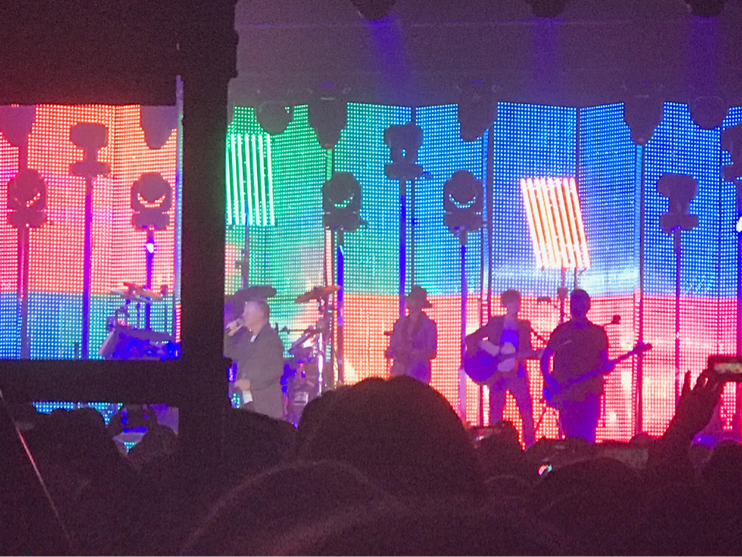 Another great moment was attending the cinema preview for the release of ‘Symphonica in Rosso’ – a filmed concert performance Mick Hucknall gave in Holland with a full live orchestra. Attending the preview with the people who had put together the film was really magical – my involvement had been limited to advising on things like Mick’s vocal sound, and aspects of the mixing – but it was truly something to see the calibre of Mick’s performance – especially in a form so far out of his usual style. I was reminded once again of what a truly remarkable singer and performer he is. 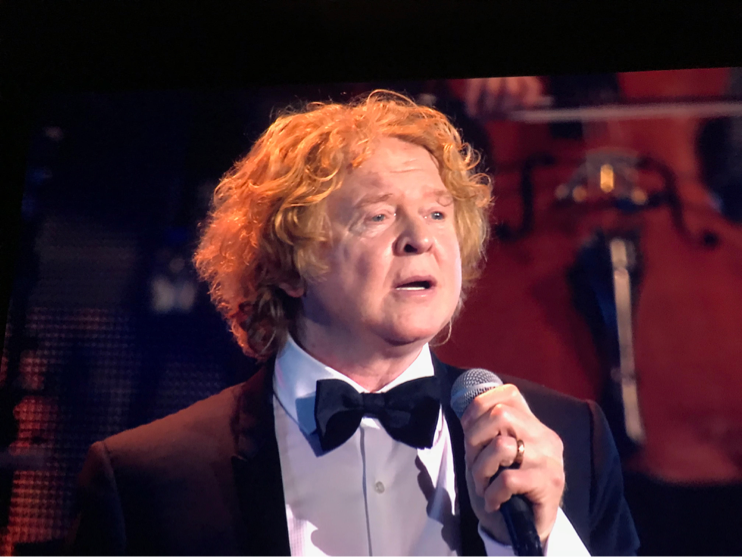 Working on the debut album for the band The Staks produced some stand-out studio sessions, chief of which was probably a truly inspiring vocal session featuring Beverley Knight. The Staks are planning a full launch in the early part of the coming year, to include showcases at Subterranea. Watch out for them…

In an unexpected turn, I met up with Natalie Imbruglia having not seen her since the two of us co-wrote a song on her breakthrough album, Left of the Middle, which went on to become a worldwide hit. It was great to see her again and write some more stuff, and just generally catch up on the last twenty years. A genuine pleasure.

Lots of exciting work, too, with singer and songwriter Miel – it’s been wonderful to see the completion of her second album, and watch her continue to grow as an artist and performer. A notable feature was a very special launch in Knightsbridge in conjunction with the World Wildlife Fund (WWF) on their project ‘Connect to Earth.’ The event featured Miel’s song ‘I was Given Nature’ and I was MC / presenter for the evening. We were lucky enough to have Marco Lambertini, Director General of the WWF there, and it was an honour to take part and support a cause that’s very close to my heart – I’m looking forward to doing more next year. 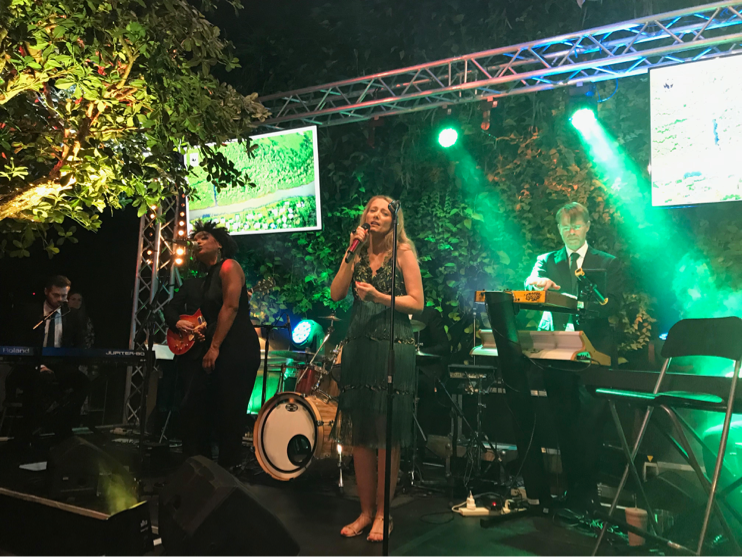 An overseas trip to Skopje for the Tose Proeski commemorative album launch gave me the chance to perform with Tose’s nephew Kristijan – just a young boy when his uncle so tragically died. It was wonderful to be on stage playing piano as Kristijan sang, and so moving to see the song we wrote together, ‘We Are Blood’, taken to heart by Tose’s fans. Electrifying, too, to speak to the audience of thousands who’d come to the launch. An unforgettable experience.

Working on the 80s Symphonic project naturally held a lot of highlights and great moments – how could it not, given that we had a full orchestra to work with, and Abbey Road at our disposal, not to mention some of the best pop songs ever written – for more on this, see the separate blog piece on the website all about the making of the album. 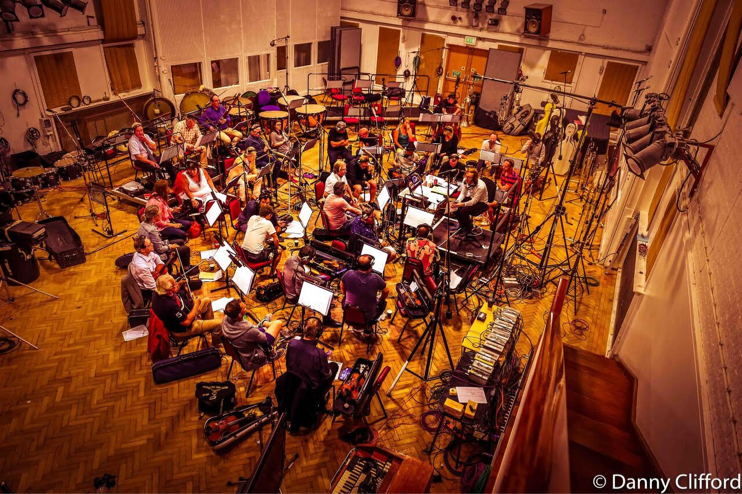 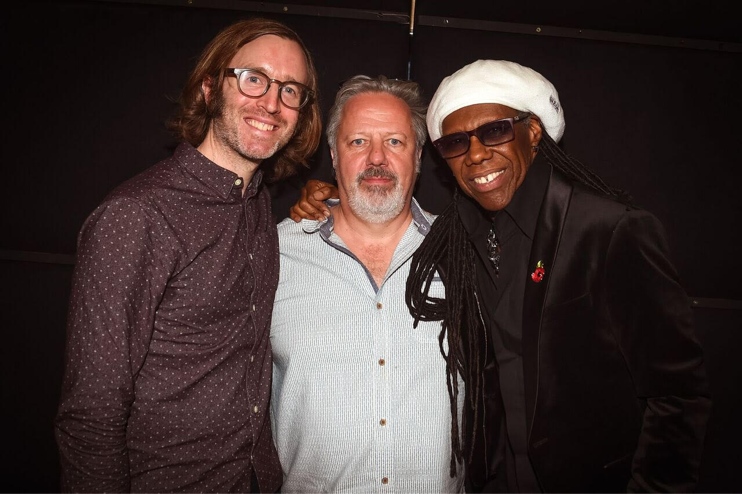 So many other things spring to mind – co-producing the latest Echo & the Bunnymen record, helping organize the performance of ‘Killing Moon’ on ‘Later’ with Jools Holland, where Ian performed with Sam Swallow and two cello players – a wonderful version, truly memorable, as was their gig at the Albert Hall. Or on a much more intimate level, recording Will Sergeant at his home studio in Liverpool when Will was too unwell with flu to travel. Such a lovely guy, so self-effacing, and the creator of some of the best and most original guitar parts you’re likely to hear.

As well as that, I’ve loved spending time with Purdy writing songs for her next album. It’s been great to watch her garner an ever-growing following with her residency at the 606 club in Chelsea, always packed, and at the pop up jazz club she sells out every month in Henley. 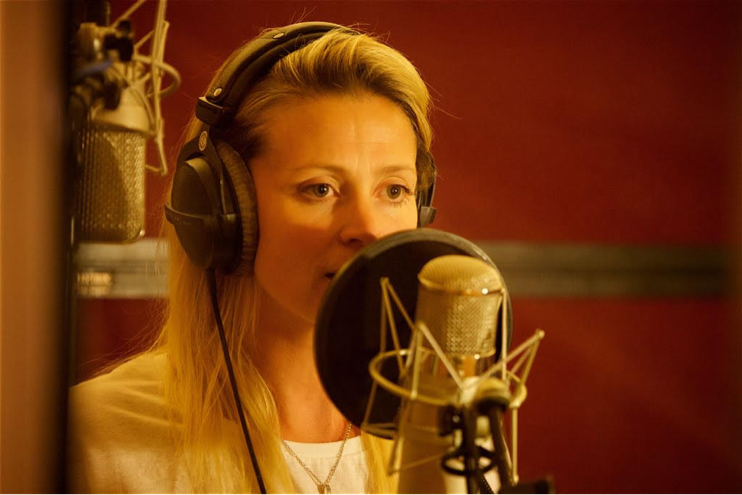 And right at the end of the year the chance to catch 10 Millennia – who’s record we produced to chart success earlier – performing at the Royal Albert Hall – where they were absolutely great. It’s been wonderful being part of it.