With Autumn drawing to a close, I’m proud to report that work on one of the projects closest to my heart has finally been completed.

Last year marked the tenth anniversary of Tose Proeski’s passing, reminding all of us who knew him how much we still miss him to this day. In acknowledgement of the milestone, his close family approached me about compiling a new record – partly in commemoration, but also to keep his work and memory present and alive. 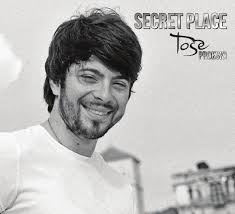 Tose died at the age of only twenty-six. He’d been a superstar in the Balkan region and beyond from a young age. As such, he spent much of his time touring and performing – promoting as well as releasing records, there were TV shows and radio gigs, concerts and festivals to do. One of the results was that there just wasn’t enough time for him to fully explore his own writing. But that was exactly what was foremost on his mind when we first met.

He came to London and we began working together – he wanted to write songs in English, to maximise his reach, and he was excited to see where his song writing could take him.

Right at the start we threw several ideas together quickly with no strict brief, no release schedule, no tour dates to consider. From there we developed the songs that showed the most initial promise – a way of doing things that was fairly new to him. He engaged with it totally, and with his customary commitment and zeal. Spending time together, both in London and overseas, we became good friends. But sadly, all this was in what turned out to be his final year.

When I sat down with the family last year, we felt that we had to address some of his biggest hits as the strongest way of commemorating Tose as an artist. There are three of his most celebrated songs on the record – Boze Brani, Sretnija and Igra Bez Granica. We decided to take a very different direction to the way they’d been originally recorded – and came up with largely piano and string arrangements with the help of Sam Swallow. I think these pieces are among the most moving – Tose was singing at his best, unbelievably well, in fact – so for me, they’re my favourites on the record despite not being in the English language.

The new songs were co-writes with Tose, all of which have different backstories and histories, they all came about in their own individual ways.

Light the Flame originated from one of our earliest writing sessions – which happened to be out in the Caribbean. It’s very ‘up’, very positive feeling – I think it really captures some of the joy of those early times working together.

The song Secret Place existed in a version from a writing and recording session Tose had done with Petra Crnetic. We were lucky to able to take his vocal tracks from the session and build the finished version from there. It features a lovely, languid vocal performance from him, plus showcasing some of the extended melodies that he often liked to use.

Where Do We Belong was a song we had worked on together in London – where we were trying to do something fairly mellow, but I think the song ended up with a really good balance between a kind of vulnerability Tose could show, and also his ability to really soar on a track. It shows both sides of him, in that sense.

Of course, not everything on the album was plain sailing from a technical point of view. For example, the track When I’ve Got the Sunlight actually uses elements from an early home demo of Tose’s. The writing was at an early point, and the piece had a lot of melodic ideas, but not yet a fully developed lyric. That was often Tose’s way of writing when he was starting on something new. But even in demo form it had a really strong feeling and intent, so we brought in Purdy to craft a second verse for it, as we wanted to weave in some ideas around the core theme of the lyric; loosely based on the idea of flying in some other, ethereal world – where his presence is still real, his memory very much still there.

Again, with the track If You Wanna Leave we were working with a song that Tose’s family had, but it turned out they didn’t have all of its component parts – so we weren’t able to work with the piece in our usual way. But actually, everybody really liked the track, so we decided we would master the demo version and it turned out really well. When it was finished, we were asked if we would also master the original demo version of Secret Place – they were very attached to it, and wanted to include it on the record, too – and I think it makes for a strong piece in its own right.

We Are Blood was written specially for the album, and features Tose’s nephew Kristijan – who was only eight years old at the time of Tose’s death. Kristijan appeared on the first posthumous record – and having always been so close to his uncle it seemed entirely right that he should feature again. I went over to Zagreb, and Kristijan came up from Skopje with members of the family. He and I spent time together talking – we went over a lot of memories, I asked him some really hard questions – like where he was when Tose died, what happened next – and he answered everything beautifully. He’d been at school, they’d come to take him home, nobody would tell him what was happening, there was a TV playing loud so he couldn’t hear them talking in the next room. All of these really powerful, moving images came out – and we distilled the lyric from that, so it really is a song born out of his relationship with his uncle – which I think is fantastic.

The album has now made its way into the world, with everybody’s blessing. I hope his many fans enjoy it. There’s no doubt it’s a special record.